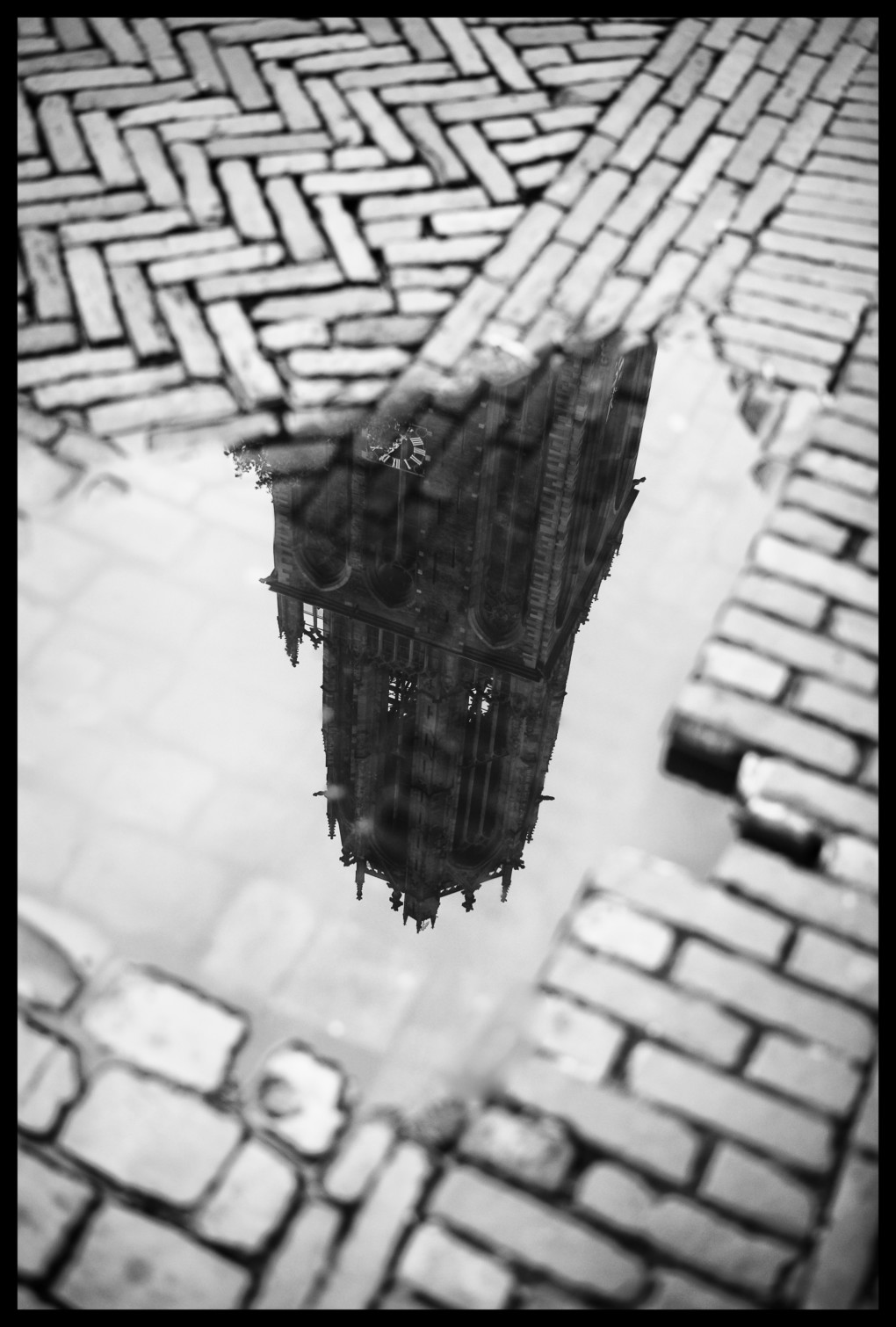 One of the most famous clocks of The Netherlands is situated in Utrecht. The capital of the province with the same name.

At certain time in 2007 I have been there after a rainy day. I saw this reflection on one of the streets nearby the tower: “De Dom”. It’s in the old center of that city and always nice to walk trough.

‘Utrecht the place to be’, I called it at that time. So